In the month of July, on this very day in 1156, a great siege took place in Kyoto, Japan. The Siege of Shirakawa-Den was the key act in the Hogen Rebellion, a rebellion that was short-lived, but was fought in order to deal with a quarrel about Japanese Imperial Succession after the death of the reclusive Emperor Tuba. 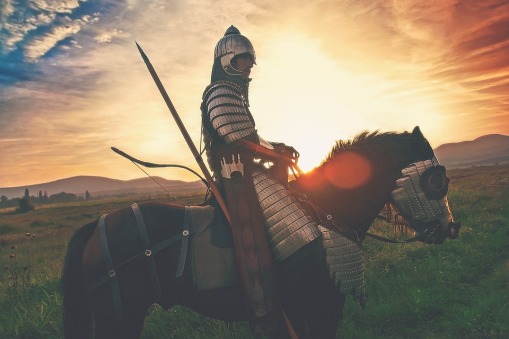 Even though the main reason for the dispute was about succession, it was also about the extent of command applied by the Fujiwara clan who had become hereditary Imperial rulers amid the Heian period.

This civil-war also had the major and most powerful clans of that period involved… the Taira, Fujiwara and Minamoto clans. The siege commenced with an attack from Taira no Kiyomori and Minamoto no Yoshitomo, and defended by the father of Yoshimoto, Minamoto no Tameyoshi. Along side Tameyoshi the defence also included Minamoto no Tametomo and Taira Tadamasa.

The outcome of this siege came to all the Samurai on both sides covered the skies in a furious exchange of arrows, before the palace was set ablaze, and the guardians of the palace were crushed.

Although these events formed a series of unforeseen results. It gave birth to the dominance of the Samurai clans, working together and to become settled. With that occurrence, it is acknowledged as the dawn in a string of episodes which would form the first of three samurai-led authority in Japanese history.